I returned to Jerusalem more than two months after my first visit. This time I also visited the Mount of Olives, home to tonnes of churches, an immense Jewish graveyard and a brilliant view of the Temple Mount: 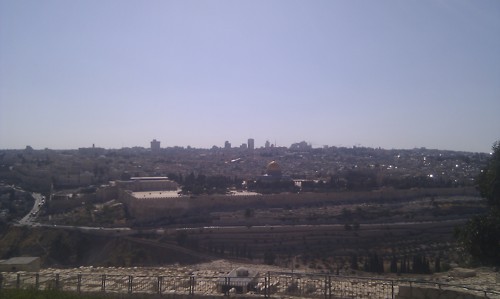 According to Jewish tradition, the Temple Mount, also known as Mount Moriah, is the foundation stone of the world. It is the rock upon which Abraham almost sacrificed Isaac, and it is also where King Solomon built his great temple. Coincidentally, in Muslem tradition, the very same rock is said to be the point from which Mohammed ascended into Heaven, leaving behind his footprint in the rock.

That’s why they call it the holy land, I guess.

On the top of the Mount of Olives there’s a small chapel marking the spot where Jesus ascended into Heaven following his resurrection.

Like Mohammed, he is said to have left behind a footprint, pictured here: 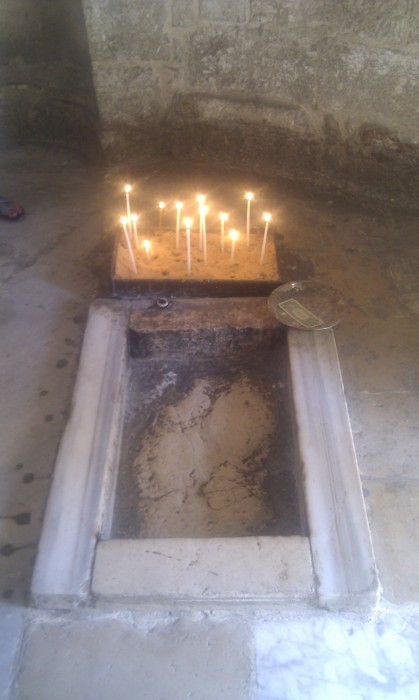 Based on the size of the footprint, I’d estimate that JC used size 55 sandals.