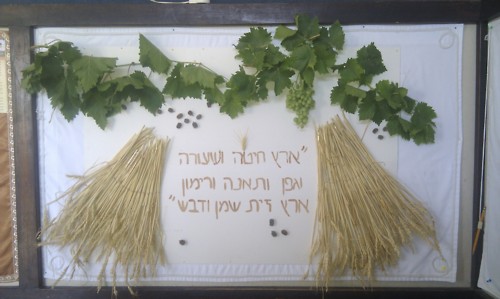 Yesterday, the celebration of Shavuot – the Jewish holiday celebrating when God handed down the ten commandments on Mount Sinai – began. It is also a harvest festival, and so, this installation was put up in the lobby of the dining hall. It is, of course, a quotation from the old testament, deutoronomy 8:8 :

It is a land of wheat and barley; of grapevines, fig trees, and pomegranates; of olive oil and honey.

Part of the Shavuot tradition is the ceremonial picking, beating and separating the wheat from the chaff. 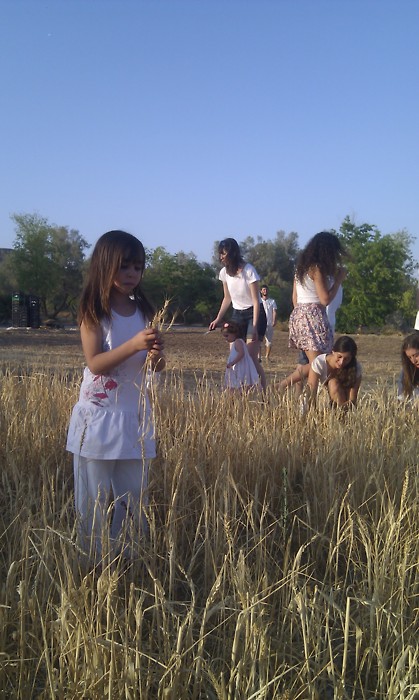 This is the picking. 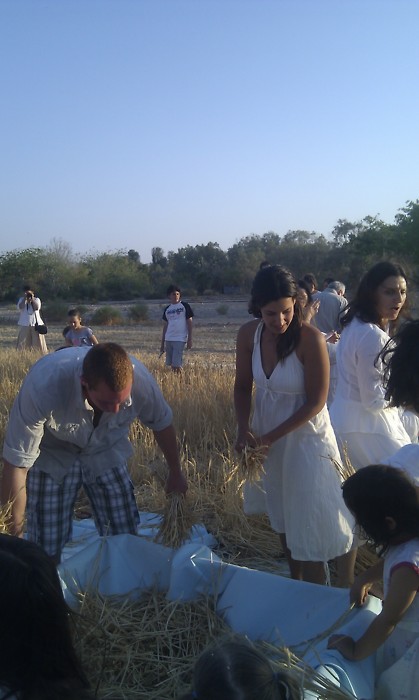 This is the beating.

This is the separation, where all of the beaten wheat is thrown into the air repeatedly. 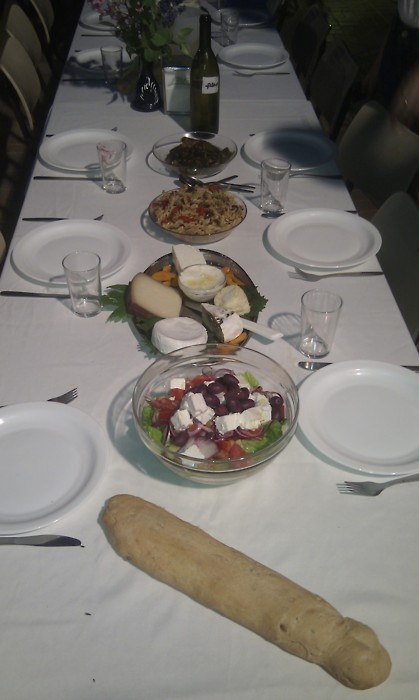 But, as usual with Jewish holidays, the best part of Shavuot was the food. It is also known as the cheese festival, and as such it was a rare opportunity to sample all of the different kinds of goat’s milk cheeses that are produced here at Neot Semadar’s own dairy. Verrry good.