On one of the walls in the Kibbutz Lotan dining hall you’ll see a number of framed marriage certificates. These are marriages between kibbutz members and the kibbutz itself. A way for the reform jews in the kibbutz to indicate their commitment (kibbutzment?) to the community upon becoming full kibbutz members: 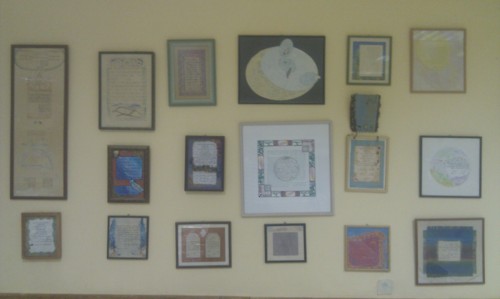 Unfortunately, like most other forms of marriage in our modern times, these kibbutz marriages don’t tend to last until death do them part.

Of the 130 kibbutz members whose names hang on the wall, only 55 currently live in Lotan. And only 10 of the members who helped found the kibbutz back in 1983 still live here.

In addition to the 55 permanent members, there are around 60 children, 20 foreign volunteers and around 30 other non-member residents living at Lotan. Around 150 in total. A couple of families are currently engaged in the 2-year long absorption program to become new, permanent members.