Recently, I came across a phenomenal podcast through Howard Silverman’s blog Solving For Pattern (which is also brilliant, by the way).

The podcast is called The Conversation and it’s built on a sweeping hypothesis:

There are moments in history when the status quo fails. Political systems prove insufficient, religious ideas insatisfactory, social structures intolerable. These are moments of crisis. During some of these moments, great minds have entered into conversations and torn apart inherited ideas. Dethroning truths and combining old thoughts and creating new ideas, they have shaped the norms of future generations. Every era has its issues but do ours warrant the conversation? If they do, is it happening?

The podcast is a series of conversations with American thinkers, wrestling with big ideas about the future. The idea is that no single set of ideas will shape the future and that we need the cross-pollination and tension between all of these ideas to see the patterns of how the future might turn out. 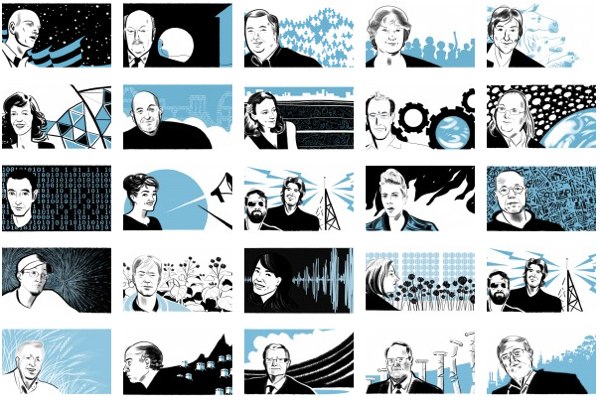 The conversations are immensely inspiring and thought-provoking. Especially because the interviewer and conversation instigator Aengus Anderson makes a good effort to connect the thoughts and concepts from the different conversations. He and co-host Micah Saul curate each conversation with a brief preface and a conclusion, connecting the dots to draw the bigger picture along the way. It’s intellectually stimulating and very rewarding to listen to.

Just to illustrate the breadth of the conversation, here’s a few choice quotes to pique your curiosity. They are taken from three conversations that were released almost back-to-back in August last year:

I think [this] is the most important moment [in human history] including our walk out of Africa. (..) See, as hunter/gatherers we didn’t have to worry about practicing restraint, so it’s been a trajectory of exploitation starting with agriculture. That’s why I think that if we don’t get sustainable agriculture first, it’s not going to happen. The restraint from the past, is what paradoxically has allowed civilization and the exploitation of all those resources. It’s what has given us the knowledge. Now the big question is: Can we start living within our means and retain the knowledge as TS Eliot put it “and in the end know our place for the first time”?

In human evolution there was never selective pressure to think broadly in either time nor space, and so humans don’t. We’re simply not inclined to by nature. A few people do but they’re the rarity.

To dismiss the need of other people to do alright, because “it’s just material stuff, and who needs that”  — that’s really being dismissive of vital concerns because they’re no longer of concern to you. This idea that people are vermin, consuming the world. This idea creates catastrophic policies.

Whereas the other point of view that humans are creators, and you can be a creator, and we are all part of the creative process of creating an ever-expanding horizon for humanity, in which all men can be brothers, whereas they can’t in this Hobbesian world.

I’m slowly working my way through the more than 40 different conversations that have been posted so far. And it’s just fascinating. Do give it a listen.